I hope you guys enjoy the guest post and don’t forget to check the book details, author bio and giveaway below.

Here’s Jenny with her casting pick.

If Save Me, Kurt Cobain were a movie…

I suppose all debut authors believe that their books would make a fine movie—and I am no exception. There are few individuals who were more photogenic than Kurt Cobain, who, not surprisingly, plays a central part in my YA book, Save Me, Kurt Cobain. There are also interesting, moody Pacific Northwest settings in the book: mountains, oceans, as well as hip, urban Seattle. Plus, of course: music, music, and music. My own father said to me that he thought Save Me, Kurt Cobain was a great book, but would be even better as a movie. Thanks, Dad. (I think.)

So, in preparation of this potential film, here’s a casting wish list for Save Me, Kurt Cobain, the movie.

Nicola “Nico” Cavan: Nico, 15, the book’s main character, is slight, blonde, witty, and artistic—and I thought Kiernan Shipka from Mad Men would be wonderful in the part. Also: Elle Fanning, but she is already playing Violet in the All the Bright Places film, which is sure to be fantastic.

“Cobain:” Well, we need an actor who can be charismatic, moody, and has an innate ability to seem kind of crazy. I voted for Ryan Gosling  for this lead part. Cobain is meant to be just shy of forty in this story, so Gosling is almost in the right range. Plus, Gosling already has blue eyes, so no contact lenses required. I think Gosling could deliver the manic energy and sense of mystery required.

Byron Oberlin, aka “Obe:” We’d have to cast someone special to play Obe, Nico’s best friend and confidante. It should be an actor who could rock a thrift-store outfit and seem authentic as an indie-music guru. I decided on Ansel Elgort (The Fault in Our Stars) . He is tall (6’3”), as is Obe, and has an intriguing, quirky vibe.

Verne Cavan: Nico’s father is a security guard who works a lot of nights, and is also a guarded man himself. Verne is kind but reserved and has trouble expressing himself. I thought character actor Michael Rapaport (Beautiful Girls) would fit the bill. He has the working-class vibe down and even the reddish hair.

Gillian Cavan: Nico’s headstrong, fiercely loving aunt, who is a nurse living in Seattle. I thought Amy Adams would be wonderful in this part. Would Amy Adams play a supporting character? Maybe not, but this is my dream list, right? 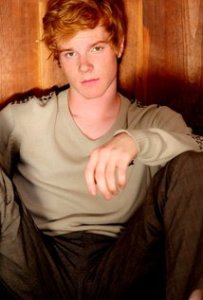 Sean from Seattle: I am thinking someone like Adam Hicks, who is a bit too old to play Sean, a teen love interest Nico meets on the ferry to Seattle. Anyone know any 16-year-old redheaded actors?

There will be a real video—a short one—to support Save Me, Kurt Cobain, coming soon! It features a fantastic song by a local Victoria band and was made by a talented team of young filmmakers. Please watch for details on my Twitter @jennymanzer.

Jenny Manzer is a writer in Victoria, British Columbia. She has worked as a newspaper reporter, magazine editor, and an investigative journalist, and has always loved writing stories. Now that she has two children of her own, she does most of her writing (and listening to Nirvana) at night while they’re asleep.

What if you discovered that Kurt Cobain was not only alive, but might be your real father? This nuanced and bittersweet YA debut will keep you guessing until the end.

Nico Cavan has been adrift since her mother vanished when she was four—maternal abandonment isn’t exactly something you can just get over. Staying invisible at school is how she copes—that and listening to alt music and summoning spirits on the Ouija board with her best friend and co-conspirator in sarcasm, Obe. But when a chance discovery opens a window onto her mom’s wild past, it sparks an idea in her brain that takes hold and won’t let go.

On a ferry departing Seattle, Nico encounters a slight blond guy with piercing blue eyes wearing a hooded jacket. Something in her heart tells her that this feeling she has might actually be the truth, so she follows him to a remote cabin in the Pacific Northwest. When she is stranded there by a winter storm, fear and darkness collide, and the only one who can save Nico might just be herself.

What’s up for Grabs? 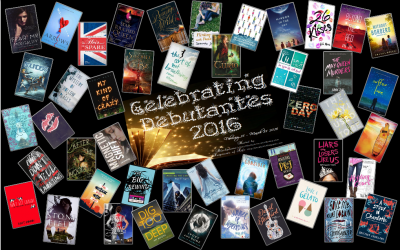