I am thrilled to have new author S.F Henson here on the blog today as part of Celebrating Debutantes 2017 event. She will be sharing to us her casting pick for her debut contemporary novel, Devils Within. The book promise a haunting, heartbreaking and thought provoking read.

To know more about the author and Devils Within. Check the author’s bio and book’s description that follows after the guest post. There are also links where you can catch up with the author or where to pre-order copies of the book. And if you are from the US or Canada, and would like to take a chance in winning a signed advance readers’ copy of Devils Within, there’s a giveaway at the end of this post. Just enter the rafflecopter form. But before that, here’s Sarah with her casting pick for her debut novel. Enjoy! 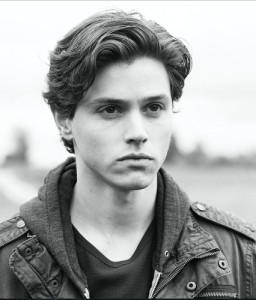 The main character, Nate, is tall and thin, but muscular, with a dark side that always simmers beneath the surface, and I think Tyler captures that perfectly. 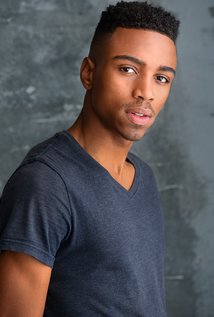 Brandon is Nate’s first friend. He’s tall, which helps his basketball game. He’s naturally laid back, but there’s more going on down deep–you just have to earn his trust before he shows that side to you. When I look at Chris, I see those layers that are so important to Brandon’s character.

Confession: I always had Norman in mind when writing Nate’s uncle, Dell. Dell is a complicated character. He’s closed-off and guarded, but he has a benevolent streak running through him that pops up every now and then. Norman is so good at playing those types of characters. He might also be my celeb crush, haha.

Bev is Nate’s uncle’s girlfriend. Liu Wen is a model, not an actor, but soon as I saw her I knew she was Bev. Bev is independent and tough. She doesn’t let many people in, but when she does, she’s fiercely loyal.

Kelsey is strong and opinionated, and, like Nate, has a dark side. I can totally see Katherine Langford playing her. Not just because she fits the image of Kelsey I had in my head when writing her, but she can look tough too. This picture is the embodiment of Kelsey.

Full disclosure: I pictured Debbie Allen when writing Brandon’s mother, but she’s older than Brandon’s mother would be, so if I were casting her in a movie today, I’d go with Thandie Newton. Mrs. Kingsley is a big character. By that I mean her personality fills any room she’s in. She’s warm and loving, and sharp. Not much gets by her. I think Thandie would kill the role.

Brandon’s dad is a professor who has high expectations for his children. He expects nothing less than their best and pushes them, but it always comes from a place of love. Taye perfectly hits that combination of tough but loving.

Henry is Brandon’s older brother. Like Brandon, he’s easy-going, but he feels their dad’s pressure more than Brandon does. Michael has that balance of fun-loving but serious that sums up who Henry is.

Fight Club, Gone Girl, Seven. Fincher’s aesthetic would fit the mood of this book SO well.

Reznor and Fincher have worked together on several movies in the past, and Nine Inch Nails appears on the soundtrack of songs I listened to while writing DEVILS WITHIN. His music would be amazing alongside this story.

S.F. Henson was born and raised in the deep south. She graduated from Auburn University with a degree in Animal Science, which she put to great use by attending law school. Her law degree has gotten some mileage, though, giving her the experience to write about criminals and other dark, nefarious subjects. She lives beside a missile test range in Huntsville, Alabama with her husband, dog, two oddly named cats, and, of course, the missiles that frequently shake her house. 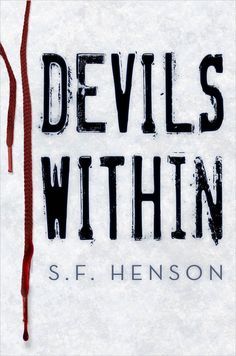 Killing isn’t supposed to be easy. But it is. It’s the after that’s hard to deal with.

Nate was eight the first time he stabbed someone; he was eleven when he earned his red laces—a prize for spilling blood for “the cause.” And he was fourteen when he murdered his father (and the leader of The Fort, a notorious white supremacist compound) in self-defense, landing in a treatment center while the state searched for his next of kin. Now, in the custody of an uncle he never knew existed, who wants nothing to do with him, Nate just wants to disappear.

Enrolled in a new school under a false name, so no one from The Fort can find him, he struggles to forge a new life, trying to learn how to navigate a world where people of different races interact without enmity. But he can’t stop awful thoughts from popping into his head, or help the way he shivers with a desire to commit violence. He wants to be different—he just doesn’t know where to start.

Then he meets Brandon, a person The Fort conditioned Nate to despise on sight. But Brandon’s also the first person to treat him like a human instead of a monster. Brandon could never understand Nate’s dark past, so Nate keeps quiet. And it works for a while. But all too soon, Nate’s worlds crash together, and he must decide between his own survival and standing for what’s right, even if it isn’t easy. Even if society will never be able to forgive him for his sins.

Like a teen American History X, S.F. Henson’s Devils Within is gut-wrenching, thought-provoking, no-holds-barred look at the plague of white supremacy in contemporary American culture that may have you examining your own soul.